Home automation is quite popular now in most household and it is common to see retailers dedicate quite a lot of display space to them.  I was in a local Best Buy store recently, and was delighted to find a few aisles of home automation products on display and lots of fun to explore and see them in action.

While having fun with the products, I started to realize that there are a few words that start to pop up on each box that an average consumer probably will have a hard time understanding.  They are the standards supported by each device, aka “protocol”.  Something like Wi-Fi and Bluetooth are commonly understood by most consumer nowadays, but 2 new words seems to appear quite often, Zigbee and Z-Wave.  So what are they? They are 2 popular home automation standards that are similar but yet quite different.  Please keep in mind that although they both start with a ‘Z’, they are 2 different standards and they not compatible with each other.

In this article, let’s explore the similarities and differences between them.  The goal is to provide a simple and clear summary so that you will understand and choose wisely between them.

Both Zigbee and Z-Wave are popular standards for home automation products and competing head to head in their product space. It is estimated that Zigbee has about 25K products while Z-Wave has about 24K products currently in the marketplace.

What is common between them? Let’s first get that out of the way: 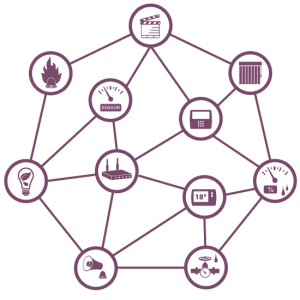 Next let’s discuss the differences between them:

Heads spinning yet? Below is a simple table hopefully will summarize it to you.  Boxes highlighted in green just mean it has some advantage, but it is only relevance based on your specific requirements.

As you can see, Z-Wave and Zigbee are 2 different yet similar standards for home automation, will we see an industry consolidation in the future? or will they continue to compete and complement each other? You will need a hub controller to control them inside and outside of your home.  Smart hub like Wink and Samsung SmartThings support both standards, so you will be able to run both standard in your home and you can pick the devices that may best meet your need.

If you like to learn more regarding them.  Here are the links to their open source website:

Do something wonderful, people may imitate it.